The root of all superstition is that men observe when a thing hits, but not when it misses.”—Francis Bacon

It was that question—the tree-falling-in-the-woods one.  Quantum theory for the under-eights, on a wet Wednesday morning.

I’d never had cause to think about it before.  And for a while, it did me.

Was there a noise?

Was there even a tree?

I remember turning it over and over in my head: if the world was only ever what I could see, didn’t that mean that I was basically in charge?

Could it really just be something that I’d made up for myself?  Was I that important?

It passed, in time.  The light of logic shone through: there was just too much evidence to the contrary.  In a world of my own devising, why had I invented sports days?  And eggs?

I came back, finally and happily, to the sweet relief of my own insignificance.

There was a tree; it made a noise.  Nothing I did, said, or saw would make any difference to that.  I simply didn’t matter.

I was fourteen years old when I first contracted superstition.

I say contracted, because that’s how it gets you.  It’s a disease—of spirit, and the mind.

Football meant far too much to me back then (as it does to anyone, at that age), and Forest made me miserably nervous.

When I’m nervous, my hands get busy.

And that’s when I saw them, next to the airing cupboard: an open bag of my mum’s clothes pegs.  There was a red one and a white one—Forest colours—at the top.  And that’s how all of this voodoo nonsense started.

I picked them both up, just for something to fiddle with.  I started squeezing at the red one, opening and closing it.  Gnawing at it.  And then, without really thinking, pinching it onto my bottom lip.

And I was stunned.

Is there a tree, without me?  Does it make a noise?

Did I do that?

I wasn’t sure.  But obviously, I kept that peg fastened to my lip, for the next twenty minutes.

It stayed at 1-0.  The game was tight, and my lip throbbed dully.

There was only one question left to ask, and with each pulse, I moved a little closer to it.  What would happen if I put the other one on?

I gave it a go.  I fell into the rabbit hole.

The pain was exquisite.  I jumped, and I shouted, and I slobbered.  But in that moment, I’d glimpsed a fresh new hell, from which I’ve never properly returned: a world of wild, anything-goes, ritual stupidity. 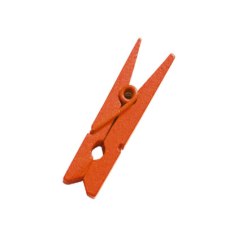 That’s how I spent the rest of that wonderful season—listening to our away games on the radio, with two clothes pegs fastened onto my lip.  The wins at Hillsborough, and Goodison Park, and Old Trafford, and White Hart Lane: me, sat there, drooling and numb.

Every Saturday, at ten-to-five, I had lips like Teddy Pendergrass.

I’ll never forget the feeling, the day I noticed that the pegs were gone.  I looked out of the window, and my guts plunged: there was a long line of washing, dancing on a light spring breeze.  My mum hadn’t even known—she’d just seen a couple, going spare.  There were twenty other red pegs on the line, and twenty other white ones, and instantly I knew that the magic pair were lost, forever.

The spell was broken.  And Forest have never been that good away from home, ever again.

I think that I’m an intelligent man.  Or at the very least, a reasonable one.  I don’t do conspiracy theories.  I know that the right answer is usually the simplest answer.

And yet I’ve never been able to shake that sense of my centrality to the fortunes of Nottingham Forest.

It’s stupid, I know.  The only thing that makes it ok is knowing that I’m not alone.

A friend of mine—Sam—is a scientist, and a Norwich fan.  He’s a very, very clever bloke: a man who knows, on a cellular level, how things work.  And whenever Sam’s at Carrow Road, he watches games with his right hand balled inside his left hand.

Why?  Because the left hand is the ‘home’ hand, and as long as it’s on top of the ‘away’ hand, Norwich will win.

To clarify: this man has a PhD.

My dad—a committed atheist his whole life—won’t watch penalties being taken.  A solitary concession, to a God that he doesn’t believe in.

So I’m not alone.  But that still doesn’t make it right.

I was working last weekend, during the Reading game.  When I finally got a chance to check the score, at about 4:15, I was surprised.  Delighted, actually, because I’ve already explained how I feel about Reading.  Seeing your team’s score like that, just a pair of bold, black numbers, with no context—there’s something lightly thrilling about it.  It takes me back to my teletext days.

And perhaps because I was so surprised, perhaps because I’d been at work for eight hours and I was bored out of my mind, I did something that I knew not to do: I scrolled down to the BBC text commentary.

That’s always been a recipe for disaster.  It never ends well.

And what was the first thing I saw?  JACK HOBBS DISMISSED (SECOND BOOKING) FOR A BAD FOUL.  Appearing, literally, that minute.

I turned off my phone, and cursed myself.  What was I thinking?

In my mind, I could see it.  Forest 3-1 up, and falling suddenly, unaccountably to pieces.  Confusion in the stands, and down on the pitch.  All because some tit on the other side of town didn’t do his job.

Forest won.  But no thanks to me.

And I know: of course, I know.  We’ve have been crap for years—a hundred little rituals have come and gone in that time, a myriad of offerings, and have any of them actually worked?  You’d have to say not.  As my wife once pointed out (in that coldly logical way that wives do; in the way that cuts to the pulsing core of your nonsense): “it’s nothing to do with you.  They’re just shite.”

When Henri Lansbury missed that penalty, against Middlesbrough—he didn’t know that I had my sleeves down, instead of up.  No—he missed it, because he was trying to be a smart-arse.

Even then, though, I couldn’t shake the harrowing sense of responsibility, as the ball bounced out for a corner.

I clap in even numbers.  I’ve got a special turnstile.

Even if I really, medically need a piss during a game, I still can’t go for one.  The last twenty minutes of the Derby match passed me by completely, such was the pain.

Here’s me, wearing the ‘lucky’ red gloves.  I wore them once, when it was

cold, and we won.  Wore them to the next game: we won again.  And lo, that became A Thing.  They’re not even mine—they belong to Dick, the bloke who sits behind me.  They’re cheap cotton, and he doesn’t wash them, and they’re horrible.  Football smells bad.  They’re a size too small, they don’t go with anything, and they itch like buggery.  Last time I wore them was Cardiff at home, last season.  It was 22 degrees, and I came home with a sweat rash.

These things, these traditions… in the wrong hands, they mutate.  You can create a monster—a kind of airborne sociopathy, which spreads between like-minded souls.  In 2003-04, I brought a bag of Fruit Gums to a game, to share out with my mates—Ryan, Neil, and Rish.  The bag was working its way across the row, along to Rish at the end, when Andy Impey scored.  We broke a run of eight games without a goal: it’d felt like a lifetime, and cost Paul Hart his job.

In the delirium, Rish never got his sweets.  We laughed about it afterwards.

The same thing happened a fortnight later, when we beat Bradford.  This time, with the clock ticking in to injury time, and the score at 1-1, it was a conscious choice.  Quickly, we all took a sweet… but none for Rish.  Gareth Taylor’s header was in the back of the net before the bag was back in my hands.

So again, that became A Thing.  Starving Rish—a sacrifice, of sorts.  No sweets for him, as we beat Palace, and Crewe, and Wigan: as we clawed ourselves away from the bottom three, to safety.

Rish, understandably, wasn’t happy.  Because it changed, with time—it got sinister.  It got to the point where we weren’t even acknowledging him.  But Forest kept on winning.

It all came to a head in a Burger King at Woodall Services, on the way to Leeds.  Rish said that it wasn’t funny, and it wasn’t fair, and that we were all basically just a bunch of twats.  And looking back, he wasn’t wrong.

The next game—Coventry, at home—he didn’t meet us beforehand.  We didn’t even know if he’d turn up.  He made his own way into the ground, just before kick-off, and didn’t say a word to us.  He just sat down… and pulled out his own pack of Fruit Gums.

We were horrified.  But we couldn’t say anything.  The tantrum in Burger King had been monumental.

He opened them up, and then defiantly, one by one, started working through the pack.

We were 4-0 down by half time.  It was our first home defeat in six months.

“I do hope,” Ryan said, as we shuffled out of the ground afterwards, “that you’re happy with yourself.  Princess.”

So pack it in.

I’ll stop, if you stop.  Because look at it: the fruits of our combined efforts, those little things that we all do, every Saturday.  What was the reward?  A handful of relegations, three years in League 1, and Megson’s team of seven centre-halves.

There is a tree.  It makes a noise.  And it’s nothing to do with any of us.

I best be off, anyway.  I’m leaving for the match in a couple of hours, and I’ve still got to put my lucky match day laces on my Docs. 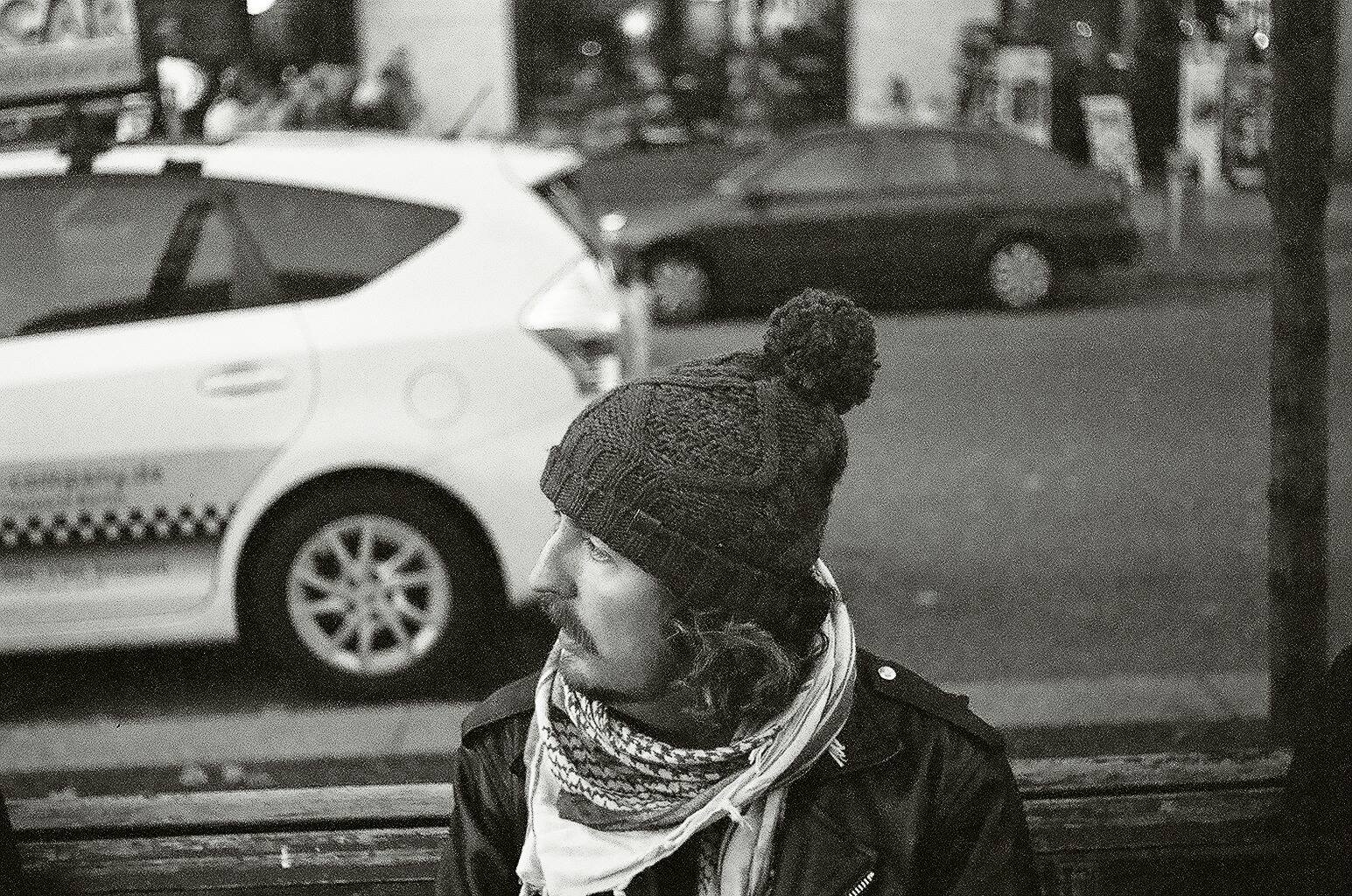